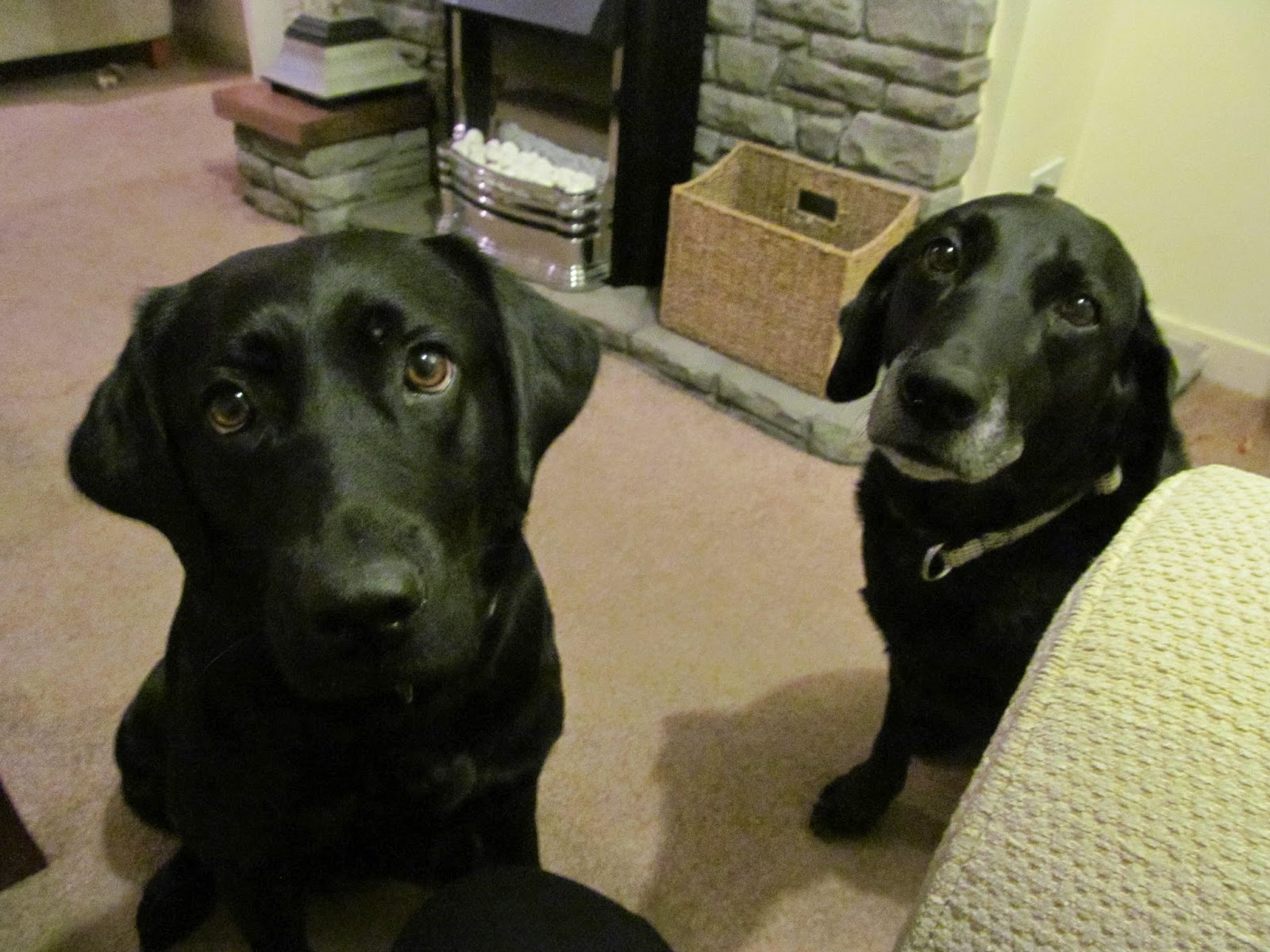 So now it's back to work and back to our normal routines (although The Teenager still has another week before returning to school!!)  The dogs seemed to like having us around but tonight when I got home from work they were very happy and content after a long walk and swim in the loch with my dog walker.

During the holidays I was in the mood for a good clear out of clutter.  I then moved some furniture around between a couple of rooms, acquired an old office desk from OH's office, rescued an old world map from school that was being dumped and created a rather decent study for myself.  No cost at all!  I've still got to sort the books on my 3 bookcases and move a wee chest freezer then I'll do a reveal.  My kitchen is nearly done so will reveal that too!! 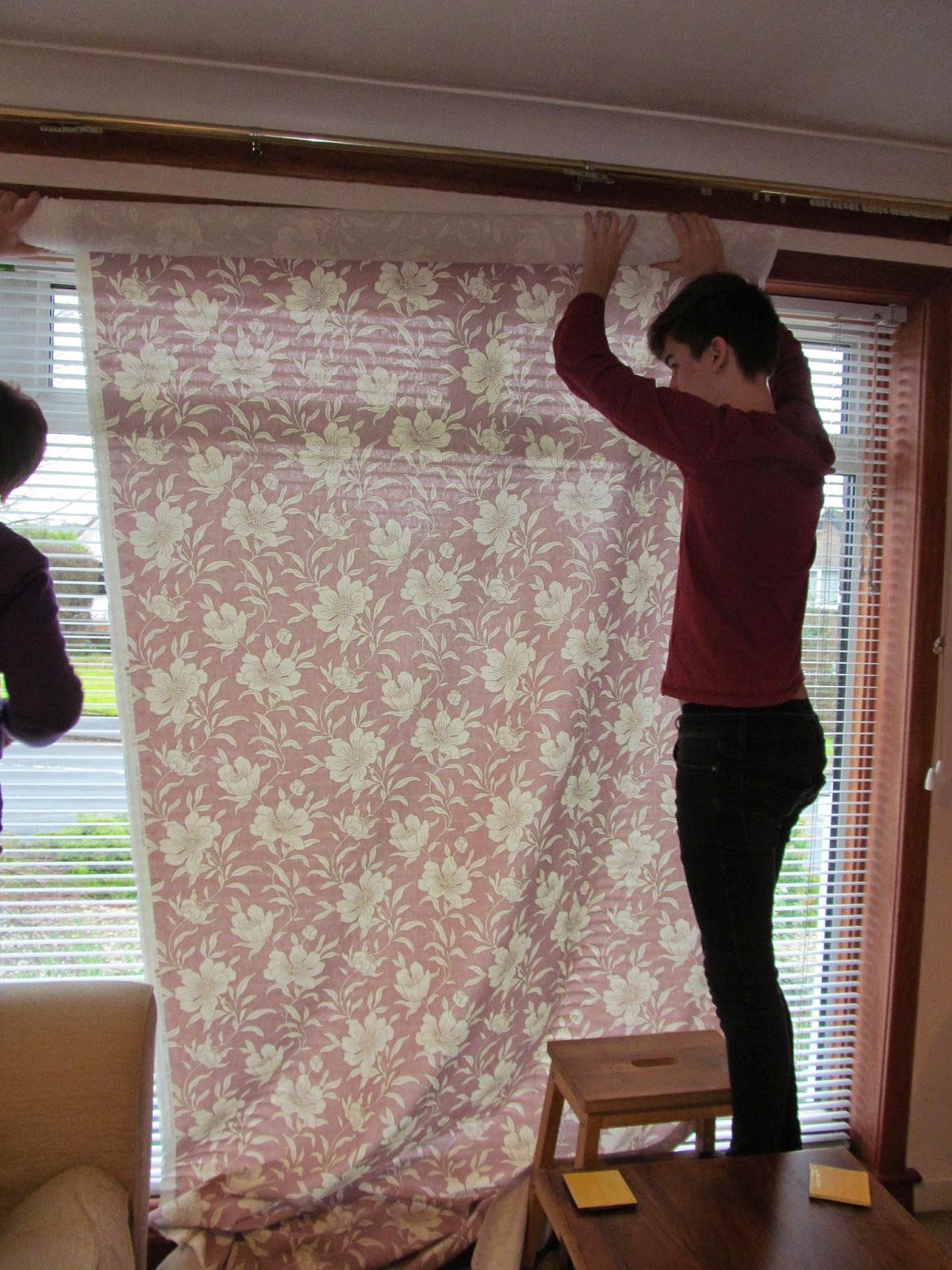 The Teenager and my mum helped me get started on curtains with the fabric I got on eBay.  The roll was heavier than I thought so the extra pairs of hands were needed! 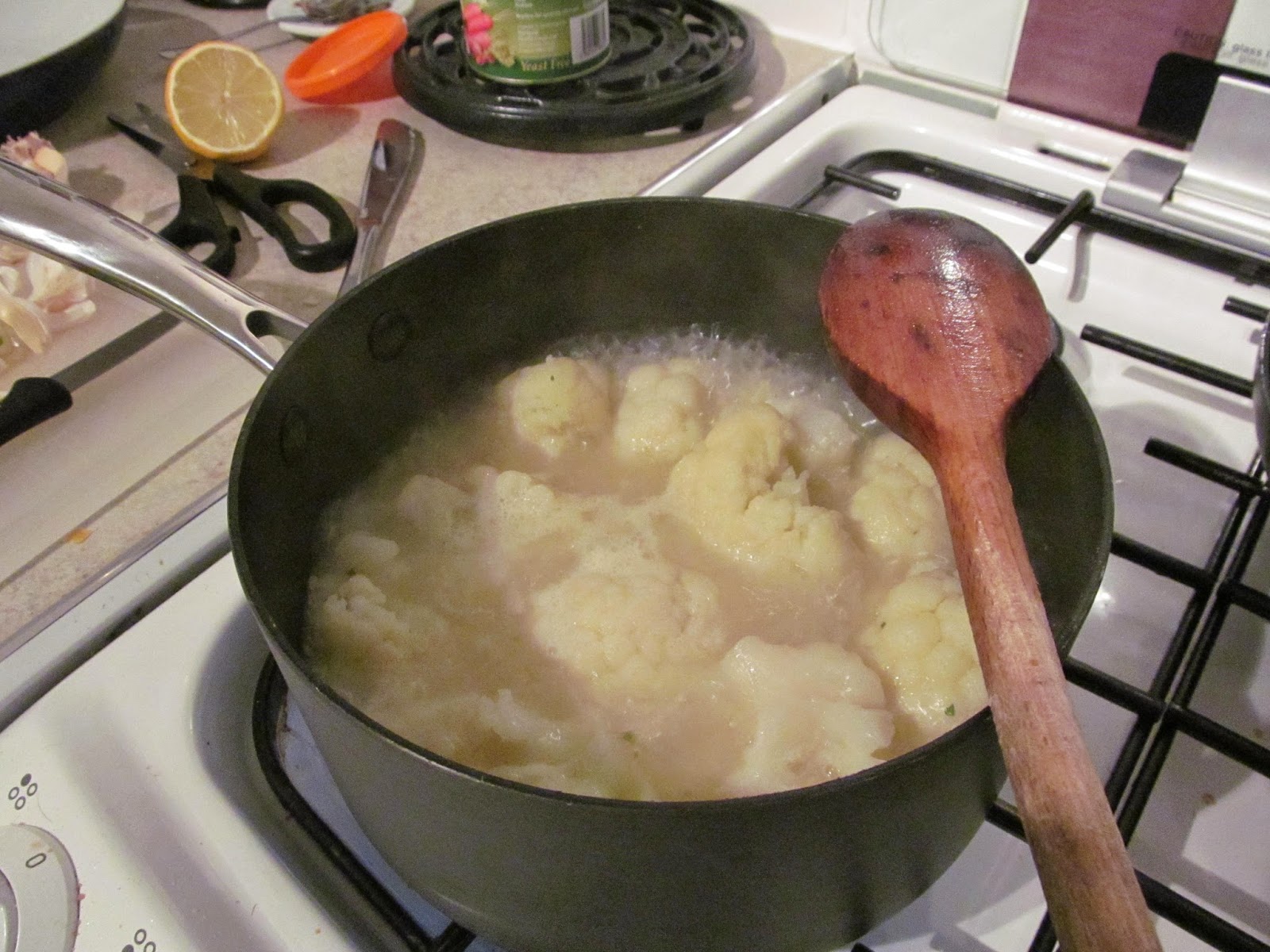 On the food front I discovered a recipe on Pinterest for a non dairy 'white' sauce.  It's based on cauliflower.  Didn't look too promising in the pan! 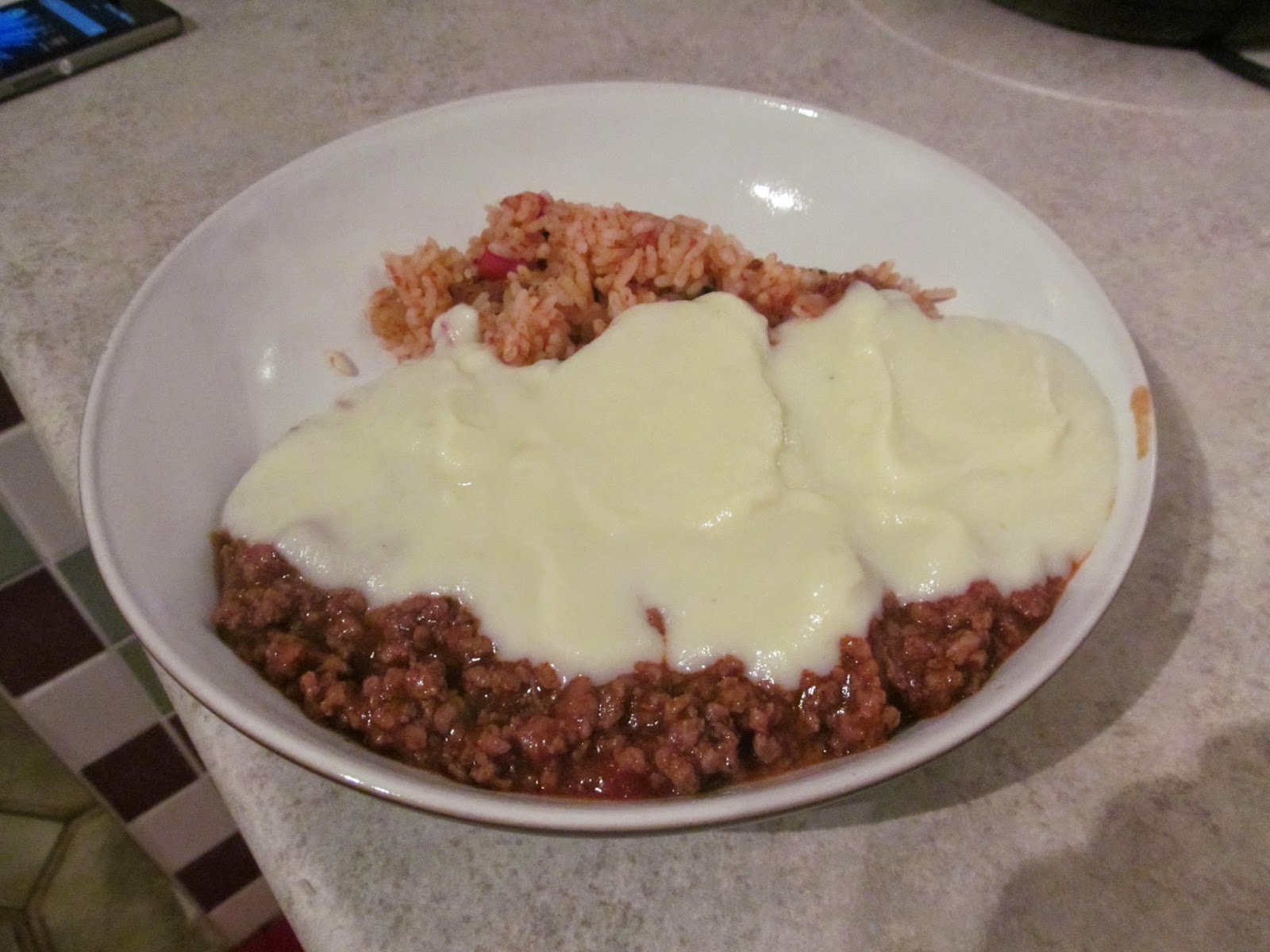 I tested it with some spag bol sauce I had in the freezer and some veggie  rice.  Huge success!!! I'm planning to use this sauce in so many ways starting with a lasagne (using GF lasagne sheets!) 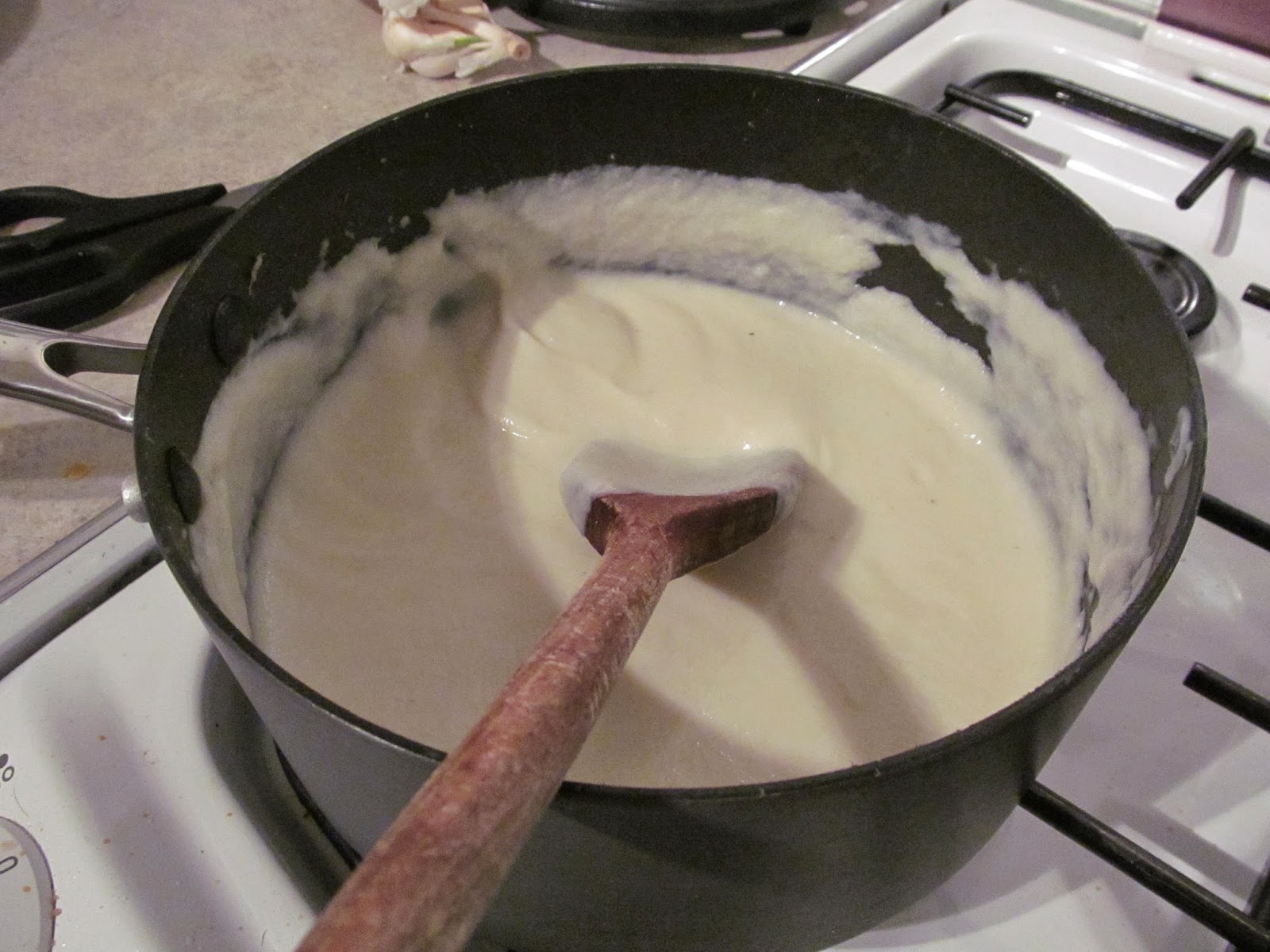 'White' sauce  (based on this recipe )

Melt butter in pan and gently fry garlic until it smells yummy!
Add cauliflower, water and stock powder.
Bring to the boil and simmer until cauliflower is soft (about 8 mins)
Blitz with a stick blender and add cream.

Apparently it freezes well so this is going to be a very useful sauce.

I hadn't tried goats butter before.  My lovely mum saw it in her supermarket and got some for me to try.  It's really rather nice, very similar taste to Lurpak style butter.  I do like my Pure spread but I'm already dreaming about this butter on my GF bread :-)
Posted by Ali at 19:50