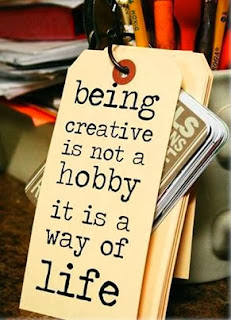 This really sums me up.  I've been so busy with the practical stuff for the last 4 weeks (yes, I moved house 4 weeks ago today!!) that I've had no time to be creative.  And I've really missed it.  So much that I actually bought pink and cream yarn to make a throw for my living room instead of trying to find my yarn stash. 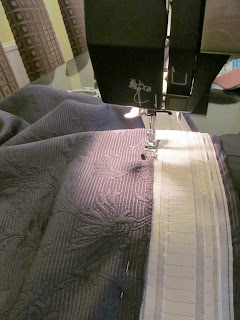 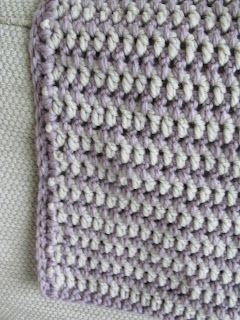 It doesn't look very pink in the pic but in real life it's a soft vintage shade.  I've also made some curtains for the Teenager's bedroom as the venetian blinds were letting in light.  They were free (my favourite price!) as I found a bag of stuff from middle son's old flat.  They're just Ikea basic ones but I doubled them so they're lined.  Should also keep the heat in and light out. 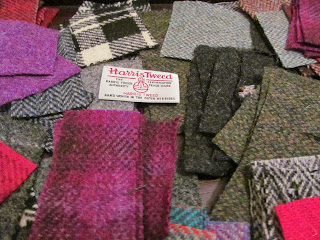 And I won some Harris Tweed oddments on eBay.  I have some new ideas for The Tartan Tower so look out for a relaunch very soon :-)

I can't believe September has been and gone.  In a few weeks the clocks will go back and winter will be well on the way.  And then I'll need to think about the C word!!
Posted by Ali at 21:58