Since last month's food and general groceries bill was over budget I'm trying harder this month to be creative and frugal.  I've discovered a new blog with fab recipes called A Girl Called Jack.  She has a section titled £10 a week food budget.  Link on my blog roll, do take a look!
In the last few days I've made the following meals - 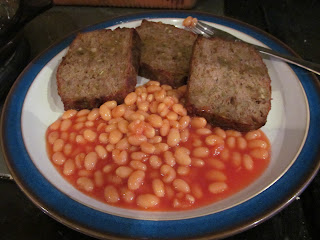 Meatloaf made with turkey mince and some reduced sage and onion stuffing I got reduced in Tesco a couple of weeks ago.  It was down from £1.32 to 29p for 240g pack.  Use by date is April 2014!!! I guess they were just clearing stock leftover from Christmas.  So 600g of mince, plus stuffing and 1 egg made a 2lb meatloaf and 12 meatballs. 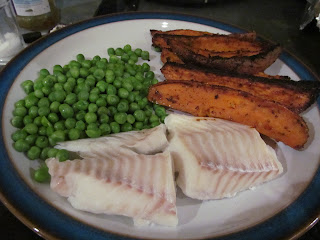 Baked haddock fillets (frozen ones) and spicy sweet potato wedges.  Spice was a reduced pack in M&S ages ago.  Plenty left for other spicy ideas. 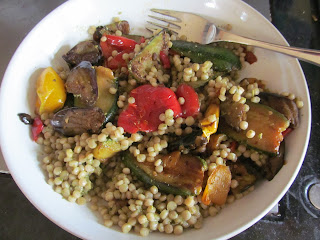 Giant wholewheat couscous with pesto and char grilled veggies.  Veggies were the frozen ones I discovered recently, works out cheaper than fresh peppers, aubergines and courgettes.  Pesto was the end of a jar that's been sitting in my fridge for aaaages!!

I'm going to start costing my meals like in Jack's blog, just to see how much each meal costs.  And to see if I can keep costs down as my spending in other areas is increasing ie petrol!!
Posted by Ali at 22:35

Email ThisBlogThis!Share to TwitterShare to FacebookShare to Pinterest
Labels: budget, frugal gourmet, under a fiver meals