Even my tired is tired 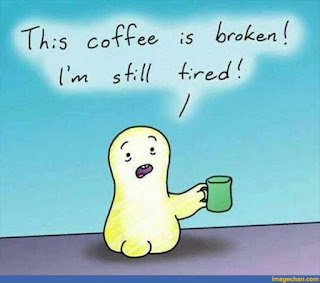 I know it's been over a month since I blogged.  And it's not for the lack of 'stuff' to blog about.  I'm just so tired all the time that I don't want to whinge or moan.

Work pretty much sucks all my time and energy.  My wee people deserve the best from me and my profession is one of the few that has job security so I'm not going complain about that.  We are living in very unusual times and I'm giving myself (and you) permission to deal with it however it needs to be done.

Lots of 'stuff' has been going on last month.  My youngest son (the newly qualified radiographer) has returned home to live after splitting with his girlfriend.  He's living in the extended part of the house that I'd intended to become the Air BnB.  We're treating it like a test run so I can see how/if it would work.  We're sharing the kitchen but other than that it can be pretty self contained.  No idea yet how long he'll stay but he's saving up for a deposit on a flat/house in Glasgow.

I mentioned during the summer that my uncle died suddenly and that I was the one sorting out his affairs.  I didn't say at the time that it was a huge legal mess plus he was a hoarder.  And I mean like one of those hoarder's houses you see on tv!!  It's taken all this time to track down some long lost family (we had to use a tracing agent!) and I am now legally allowed to start clearing out his house.  I also know a lot more about our Scottish laws of succession and how NOT to write a will!  On the plus side, I'm now back in contact with one of my cousins who I've not seen since I was 4!!

My allotment is plodding along nicely.  It's still my favourite place to go and just chill.  I've put in some Winter and Spring veg and it's gradually getting tidied up.  I'm on half term holiday very soon for 2 weeks so hope to get my polytunnel cleared and secured for the bad weather.

I have 4 more teaching days  (and 1 non contact day) then I'm on holiday.  I cannot wait!