Once again I'm busy doing stuff and don't have the time to blog about it!
On the house front, I was nearly on tv!  The BBC programme Escape to the Country chose my house to feature in the new series.  All was going well with the first day of filming (empty room and outside shots) completed.  Then just hours before the second lot of filming the researcher called me to say the couple involved in the programme were being 'difficult' and they wouldn't be coming back to film the second part.  I don't know if the whole programme was scrapped or just my house.  I guess I'll have to wait and watch like everyone else.
However I've had another interested viewer who came back for a second viewing so things are progressing albeit slowly! 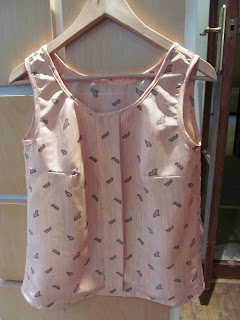 I made another Sorbetto, taking in the sides under the arms.  I made matching bias binding and attached it according to the pattern instructions.  Really pleased with it. However, it's too tight and doesn't fit me across the back now! Ah well, it's all learning.  I had a wee fabric shopping spree in Glasgow so have some lovely cotton fabrics to make up into some wee vest tops.  I also acquired a few more items for re fashioning so must get them finished and photographed. 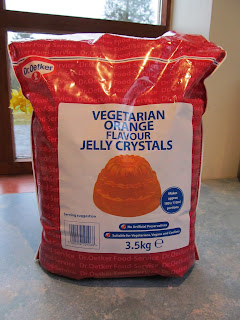 I bought some vegetarian jelly crystals online for £1.99.  I saw that it was 3.5kg but it didn't actually register until the bag arrived.  That's a lot of jelly!! However I've worked out that 1 pint of jelly costs less than 4p to make and serves 4. So at 1p a serving it's worth the hassle of having a huge bag in the cupboard!!  And by adding fruit to it before it sets I'm sneaking healthy stuff into DS ;-) 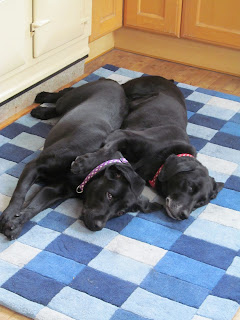