It's beginning to look... 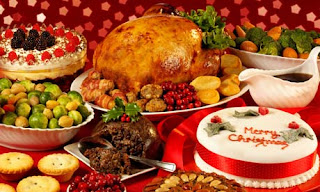 ... a lot like Christmas!  With just one week to go (3 full and 2 half days of teaching left) I'm beginning to feel a wee bit Christmassy 🎅  On Tuesday afternoon (my non contact time) I did my huge supermarket shop for the meal on Christmas Day.  I had planned out my menu before and made a list of ingredients I needed to buy specially.

However, as I was shopping I came to realise that instead of making some things from scratch (like the cranberry sauce and a GF Christmas pudding) it was actually cheaper to buy some things ready made.  It was £1 for a jar of quality cranberry sauce instead of £2 for a tub of fresh cranberries plus the sugar/orange juice/spices.  The GF pudding was £4.  Just buying the dried fruit and nuts alone would have cost me that.  Then I still needed the suet, treacle, brandy etc so it was a no brainer.

In the past I have made absolutely everything from scratch (including the bread to make bread sauce!!) Equally I've also bought everything from the Marks and Spencer Food Ordering service!! Now I have a happy medium with a mix of ready made and home made.

So, this year's menu will be:

I decided to do everything gluten and dairy free instead of offering guests a choice so has cost a bit more than 'normal.'  Excluding alcohol the food bought specially came to £53.65.  I used £30 of my Nectar points to bring it down to £23.65.  OH has ordered the turkey from the butcher so that total is everything except the bird.  I bought 2 bottles of Prosecco that were 'reduced' to £7 each but it's only me that likes it (no one else really drinks alcohol) so suspect they might be gifted.

Now I need to think about presents.  I usually give the 'kids' money to spend as they like plus a wee parcel to open.  I might make some edibles if I have time but as usual I will not be going into any shops to buy anything. 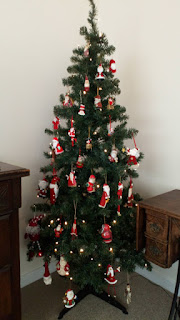 My tree is up complete with my 'tasteful' collection of Santa ornaments 😁 The Teenager took some of them for his tree but I still have lots of them. Apart from 3 wee angels that sit on my sideboard I don't have any other decorations and I rather like it that way.

For newer blog readers HERE is an old post about how my Christmas came to be low key.
Posted by Ali at 14:10 18 comments:

And the winners are... 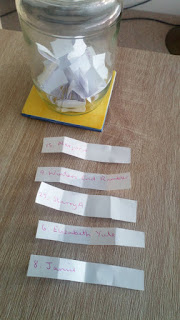 If you email me your addresses I'll get your wee Scotties dogs in the post.

Huge big thank you to everyone who left me a comment and letting me know what you like about my blog.  It's lovely to know lots of people like my ramblings 😊 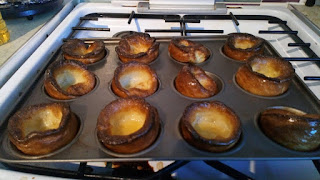 I've finally made a great tasting gluten and dairy free Yorkshire Pudding!  I've tried several recipes over the last few years and they've never risen or tasted like these ones.  Crispy round the edges and soft in the middle.  We had them with some venison I got at the Farmers Market.  Absolutely delicious!

Recipe HERE.  It made about 36 yorkies but you could easily halve the quantities.  I re heated some tonight and they were fine.  I've also put one in the freezer to test it.

My first batch didn't work as well.  My muffin tin was too deep and the bottom was soggy so for the next batch I used a fairy/cupcake one (see above). Next time I'll take them out a few minutes earlier as they were a bit dark.

Huge thanks to everyone who posted a comment yesterday.  I've loved reading where you're all from and what you like reading about.  I'll close the giveaway on Wednesday 13th December and pull names.  Good luck!
Posted by Ali at 20:51 4 comments: 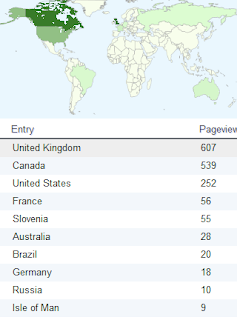 Sometimes I play around on my blog and check out things like my stats.  I'm always thrilled to see all the different countries that pop up on my page views. This was the data from last week.  Hello to all you lovely people around the world! 🙋  I don't promote my blog anywhere and am always amazed that people actually read it and comment. 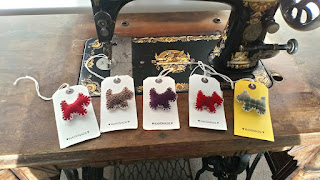 So as a thank you I'm doing a wee Christmas Giveaway.  All you have to do is leave me a comment telling me the country where you live, if you have a blog and anything you'd like me write more (or less!!) about.  I'll pick 5 names out a hat and send you one of the Scottie dog brooches I used to sell.  3 are made from genuine Harris Tweed off cuts and 2 are felted tartan from vintage kilts.  (old post HERE on how I felt the kilts)

I'll post them anywhere in the world!  I'm really looking forward to meeting you all 😊
Posted by Ali at 12:24 60 comments: 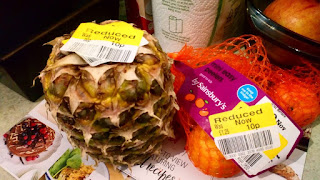 It's been a busy few weeks and all of a sudden it's December!!  The end of the year is fast approaching.  Christmas seems to have arrived late here or maybe it's just because I usually avoid shops.  Now Sainsbury's is playing that piped music, aargh!!  But I did score a couple of fruit bargains the other night.  Can't knock a 10p pineapple! 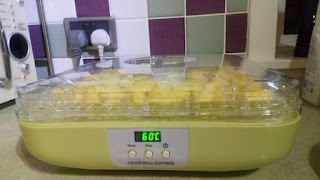 It's currently dehydrating.  I really must try to use my dehydrator more and not rely on my freezer to preserve fruit and vegetables. 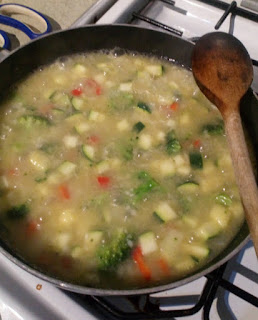 Tonight's meal was a use it up veggie risotto.  Rice is the sushi rice I got from Approved Foods ages ago.  Veggies were an onion, half a courgette, quarter of a sad red pepper and the end of a bag of frozen broccoli.  At the end I stirred in some creamy goats cheese my lovely mum brought me yesterday.  It was delicious and I have leftovers for 2 more meals.

On the decorating front I'm nearly finished making 2 pairs of curtains for my living room.  Mum and I spent 4 hours on just measuring and cutting!  I've 'misplaced' the curtain heading tape so had to order more online as nowhere in town stocks it.  Clearly people don't make their own curtains in Stirling!! My living room is nearly done 😊 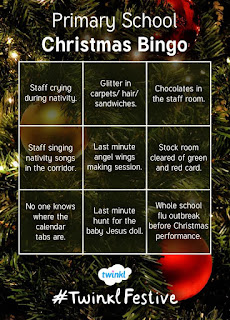 This picture popped up on my Facebook page.  It pretty much sums up my work life at the moment.  Except change flu outbreak to diarrhea and projectile vomiting!!!  So far I've had 6 kids absent with it.  I have 3 weeks of school to survive then I get 3 weekends and 2 whole weeks off.  Really really looking forward to the break.
Posted by Ali at 20:06 4 comments: