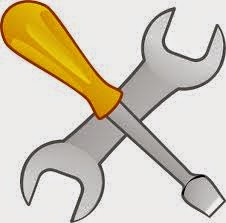 I'm tinkering with my blog so please bear with me while I get it right.  The content won't change, just the layout and perhaps the name.

I'm still trying to live a full life as frugally as possible but saving 40k in 4 years is no longer the aim.  Thanks to my unexpected full time return to teaching I have the financial security that was lacking in the early days but I still need to save as much as I can for my retirement. 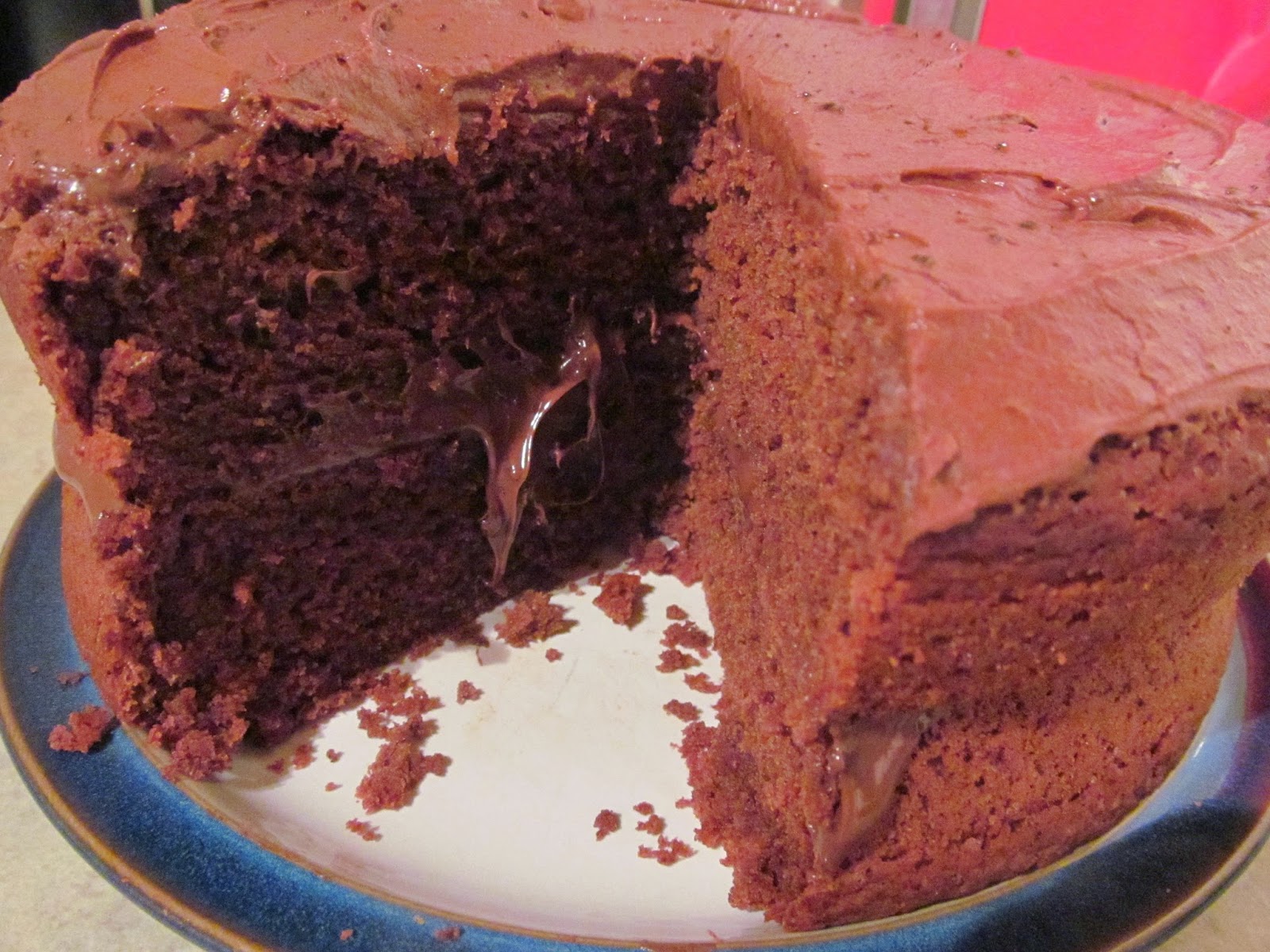 Hooray!! I can post photos again :-)  Here's that chocolate cake recipe.  Measurements are in American cup sizes.  I use the Lakeland ones.  I have all these ingredients as part of my store cupboard staples.


Frosting:
½ cup of Pure sunflower spread
2 teaspoons of vanilla extract
½ cup of Bournville cocoa powder
3 cups of icing sugar
½ cup of Alpro cream
Instructions
Preheat oven to Gas 5 or equivalent.
Spray two 9" cake pans with cooking spray and set aside.
In a large bowl, combine dry ingredients - flour, sugar, cocoa powder, baking powder, salt - and blend.
In a medium size bowl, combine non-dairy milk, oil, vanilla, and vinegar.
Pour wet ingredients into dry ingredients.
Stir until smooth, scraping bottom and sides of the bowl. Pour into greased cake pans and place in oven
Bake for 25-30 minutes, or until a toothpick comes out clean after inserted into the centre.
Remove from oven and let cool for five minutes then move to a wire cooling rack to cool completely.
While the cakes are cooling make frosting.
Beat butter until light and fluffy.
Add vanilla, cocoa powder, and icing sugar.
Add Alpro cream slowly while mixing until it's gone.
If you feel the frosting is too thick, add more cream 1 tablespoon at time.
If too runny, add more icing sugar 1 Tablespoon at a time.
Ice cakes after they are completely cooled.
I ran out of icing sugar so used a dairy free chocolate spread in the middle.  Next time I'll try freezing one half of the cake before icing as it made a really big cake.
Posted by Ali at 21:53 1 comment:

Normal blogging will resume but I have no idea why Blogger isn't letting me upload photos.  I've just made the most amazing chocolate cake that my OH declared the best ever cake I've ever made AND it was gluten and dairy free.  It didn't need any specialist ingredients, just what I had in my normal storecupboard.  Eating this way definitely needs planning but needn't cost a fortune.


I'm finally getting my kitchen finished this week so hopefully there will be photos to follow IF Blogger lets me!!
Posted by Ali at 22:58 No comments:

So, yet another few hectic weeks at school.  Fingers crossed the worst is over now (benchmark assessments, termly plans and Meet the Teacher meetings) and some sort of normality will return. Healthy eating and exercise seem to have gone walkabout!! That will be remedied this coming week! 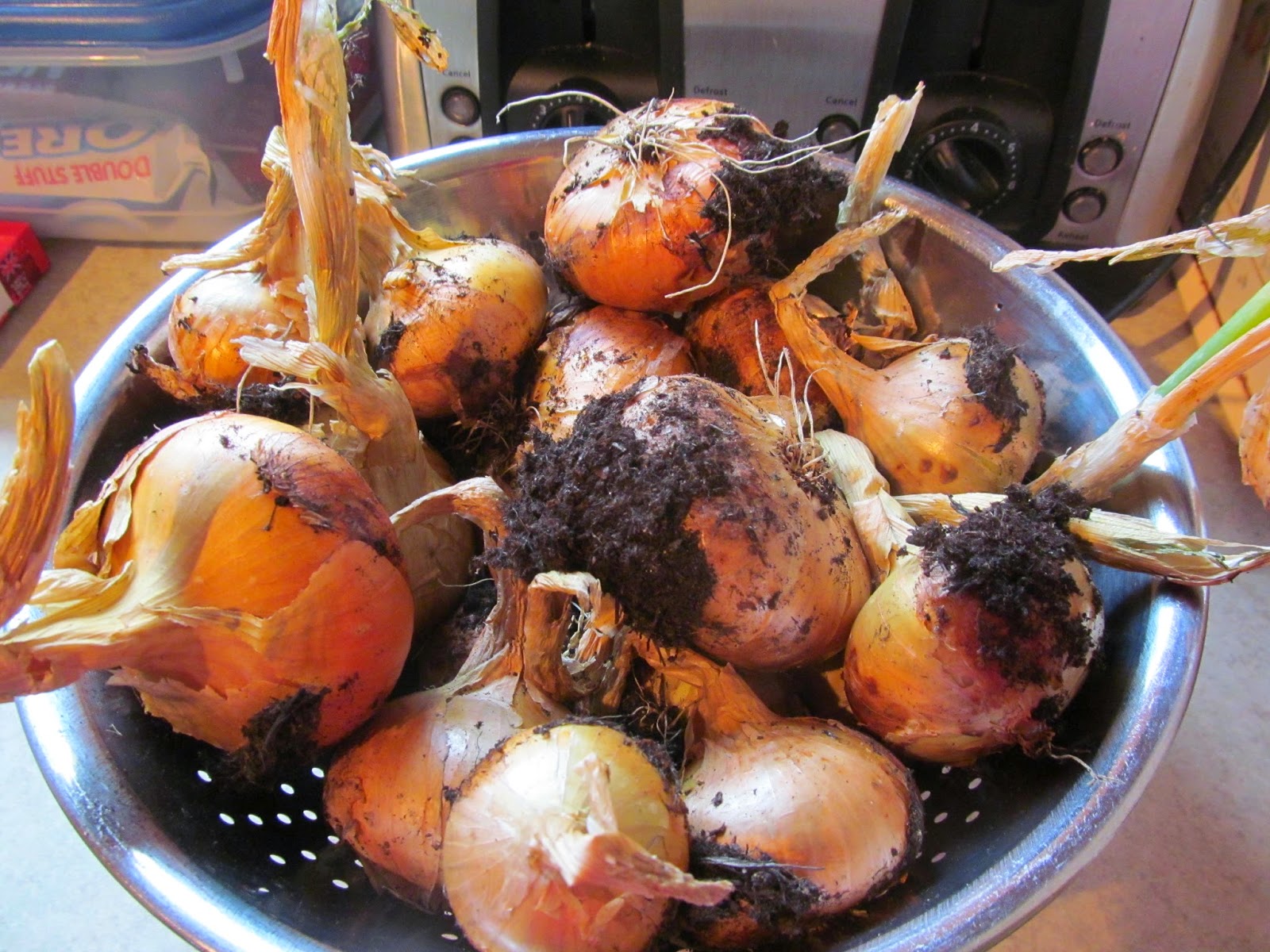 Thanks to my allotment being unusable this season (combination of late tenancy, mix up with sending emails to my work address during the school holidays and not getting a key for the gate) I'm only using what my 2 wee raised beds have produced.  These are my onions raised from sets that cost just 99p in Lidl.  And very nice they are too! 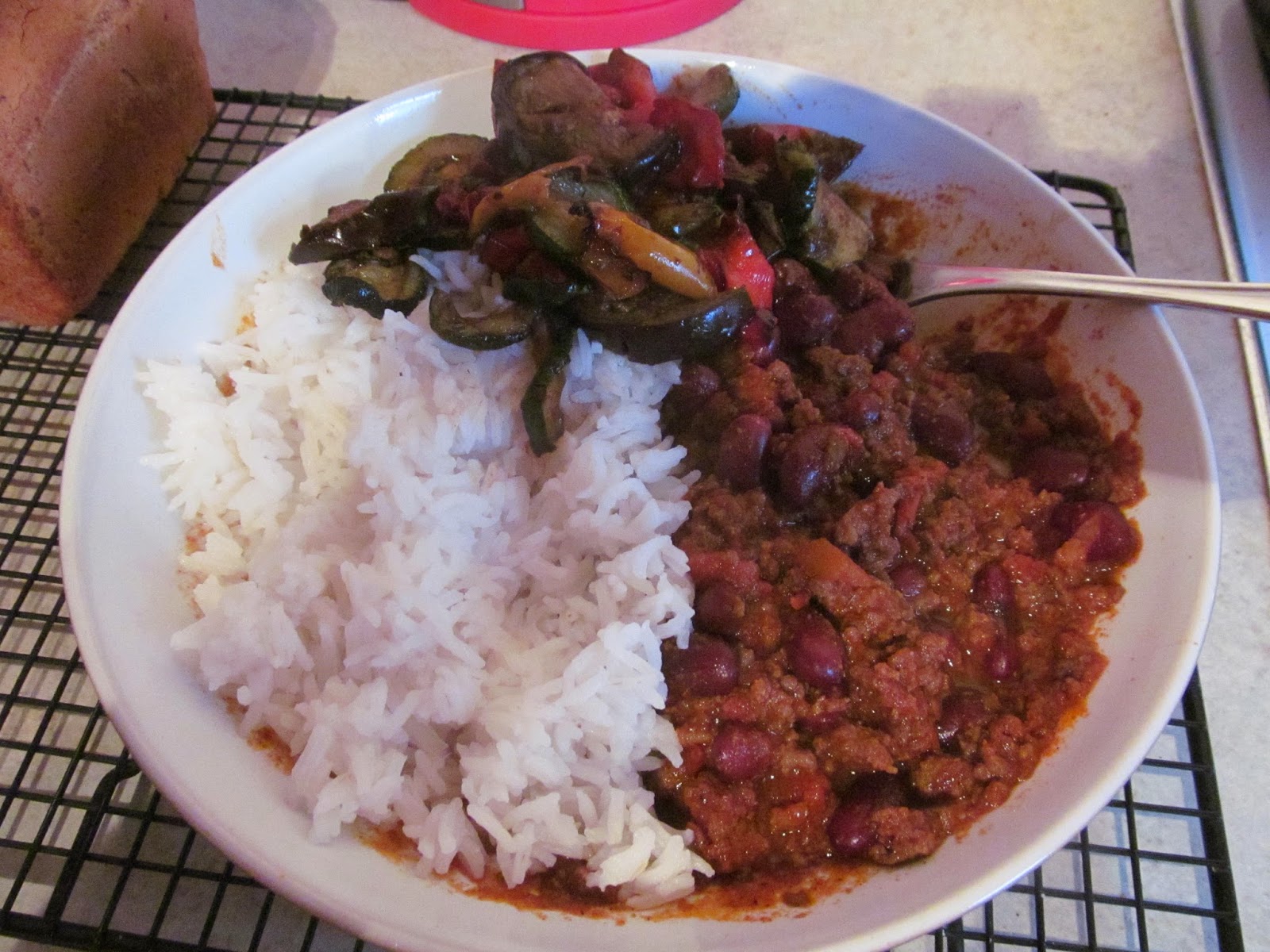 Today I had a big batch cooking session that resulted in a big pot of veg soup (bendy carrots, a sad pepper, lentils and tomatoes), chilli mince with some of the above onions and free kidney beans, chicken pieces marinated in tamari, lemon juice and honey (2 x 1kg for £6 frozen British chicken breasts from Sainburys), some roast veggies in balsamic vinegar (also a frozen bag deal) and a gluten free loaf. 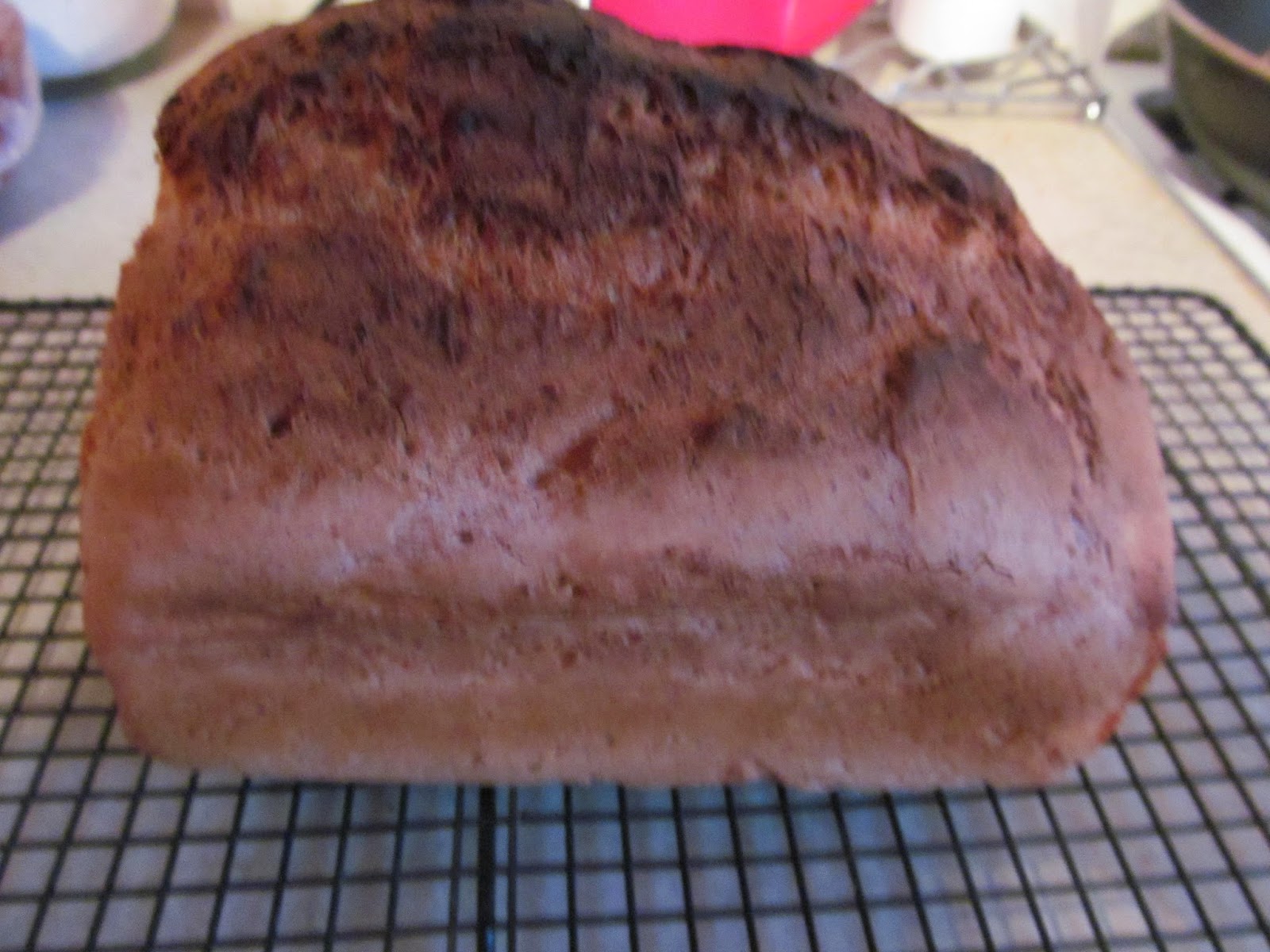 Not the best photo but it's really yummy! 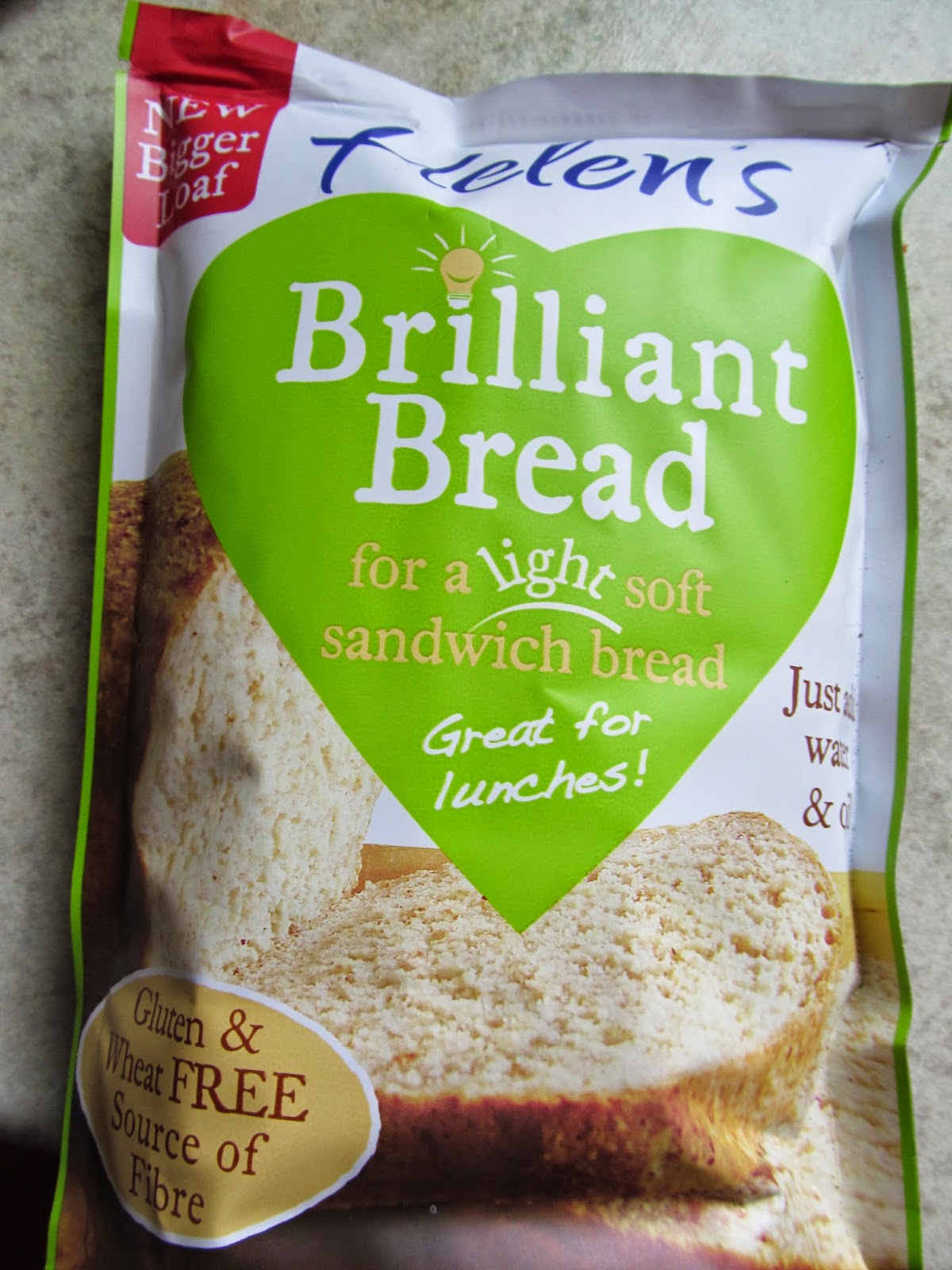 Normally I wouldn't use a mix but this one has no additives as well as being gluten and dairy free.  It's lovely the day it's made but doesn't last.  So I tried freezing it in chunky slices with success!  So for a few hours effort I've got soup and crusty bread for my lunches at work, chicken for several nights meals (probably stir fries) and chilli for another 2 nights.  I like feeling this organised and it didn't cost much.

This is not a political blog and under normal circumstances I wouldn't comment (and feel free to skip the next bit) but this is a very big week here in Scotland.  I have friends on both sides of the independence referendum and have seen some nasty squabbles from both sides.  I'm not in the business of trying to convert people to my viewpoint and respect those who will be voting No on Thursday.

Yes, it will be scary.  I know I'll probably have to pay more tax, food prices may go up and we may lose the right to use the pound.  But 1 in 5 people in Scotland are living in poverty.  I have children in my class who come to school hungry. I had a brief brush with money worries but I always knew they were temporary.  For many that is their permanent future with no way out and that is just wrong.  At our heart we are a socialist nation and don't just vote for what puts more money in our own pockets. 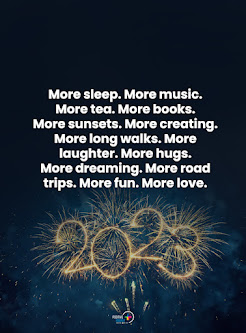