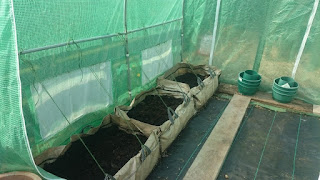 I love May! Traditionally we get better weather here in May and June than the summer months.  We can still get the occasional frost so planting out is still a bit risky.  All I've been doing so far is prepping the raised beds at the front and the polytunnel. 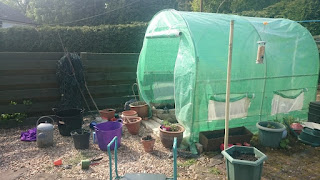 I took everything out and gave it all a good sort out and clean.  I bought these greenhouse gro beds
really cheaply (£11.99) instead of the wooden raised beds I planned (about £100).  They hold a lot of soil/compost so I'm impressed so far.  I'm going to put my tomatoes in them.  In fact, I'm going to order another set for the other side of the polytunnel!

Work is awful so I'm not going to say anything except 7 more weeks to go!  A new app has been launched to help teachers track their work/life balance . 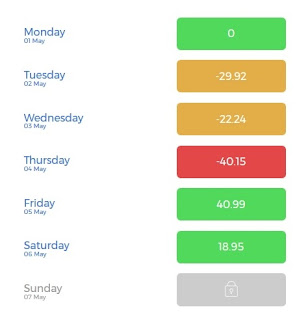 Here's last week's record. Monday was a Bank holiday! I made an effort to not do any work last weekend as it was The Teenager's 19th birthday.  He came home for the weekend so I left early on Friday and then did no work at all for the first time in ages! 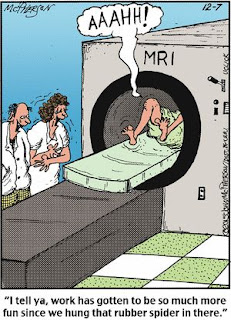 Unbelievably he's just finished his first year at uni!!  Just exam results to get and then hopefully into second year in September.  Time is flying by so quickly!!  The above cartoon made him laugh (he's studying radiography!!)
Posted by Ali at 17:34 10 comments: