After a dreadful term that ended this week with the local newspaper front page headline 'Failing school must do better' I am finally on holiday.  Usually the mood in school on the final week is high but our HMI report went very public and local politicians have been scoring political points.  I would say that 95% of the local community have rallied round us and have been hugely supportive and angry on our behalf.  It's a fab wee school with very talented and dedicated staff.  I'm thrilled to be back there in August and with a new headteacher the school will become a model of good practice :-) 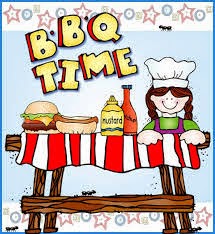 So, I have 50 days of holiday.  The list is growing longer, I have so much I want done.  I have set myself a deadline.  In 50 days, the day before I return to school I will have a (belated) housewarming BBQ party.  That will spur me on to get the last of the boxes unpacked and dealt with, get the garden in order and get my kitchen finished.

Easy night tonight then starts tomorrow with unpacking boxes that have been lying in the Teenager's room
Posted by Ali at 20:15 3 comments: I heard yesterday that I am officially remaining in the same school until January 2015 :-)  Phew!!! That gives me some financial security for a few more months (although I still don't get paid during the summer!)

Today was Meet the Teacher day where each class (as far as possible) spent some time with their new teacher in their new classrooms.  I'll be teaching Primary 2 from August (Year 1 equivalent in England or First Grade in the US, not sure about Australia)  It's the follow on year from the one I'm currently teaching but it's not my class I'm taking on, it's the other Primary 1.  I work closely with my stage partner so I knew the children already as our 2 classes come together for lots of joint activities.

One of the activities I had prepared for today was popping balloons that had questions inside.  Stuff like 'What are you looking forward to in Primary 2?' and 'What do think of your new classroom?'  I'd also put one in that said 'What would you like to know about your new teacher?'

First question was 'Are you a nice teacher?'  Well of course I am! ;-)  Second one was 'Do you have a husband?' When I said I didn't have one any more but I had a boyfriend they thought this was the funniest thing ever!!!  I do love teaching the wee ones :-) 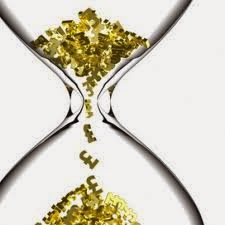 Since this month is my last guaranteed monthly salary I've been looking at my cash flow.  GULP! Basically it's all going out rather too quickly.  There have been a few big expenses this month and frankly my shopping bill has got out of control due to lack of planning.  I went to the autobank last night and there wasn't enough in my account to last until pay day which is in 8 days.  DOUBLE GULP!! First thing I did was pull out of the staff night out (was cajoled into it anyway)  I cannot justify a trip into Glasgow for an evening of cocktails and then fine dining.  Rough estimate of costs for train, taxi, alcohol and food would run into almost 3 figures.

But thanks to all my frugal pals I've learned that when the going is good, the good get saving and I have 4 full months worth of salary saved.  So I have a safety net but I'd rather not use it until I absolutely have to.  I have a whole summer of no income other than maintenance payments for the Teenager so need to be extra frugal.  This week I heard that my job applications were unsuccessful so no idea where the next salary will come from.  I do hope things work out in the school I'm currently in but there's a lot of politics going on in the aftermath of our bad HMI report (which went public yesterday) 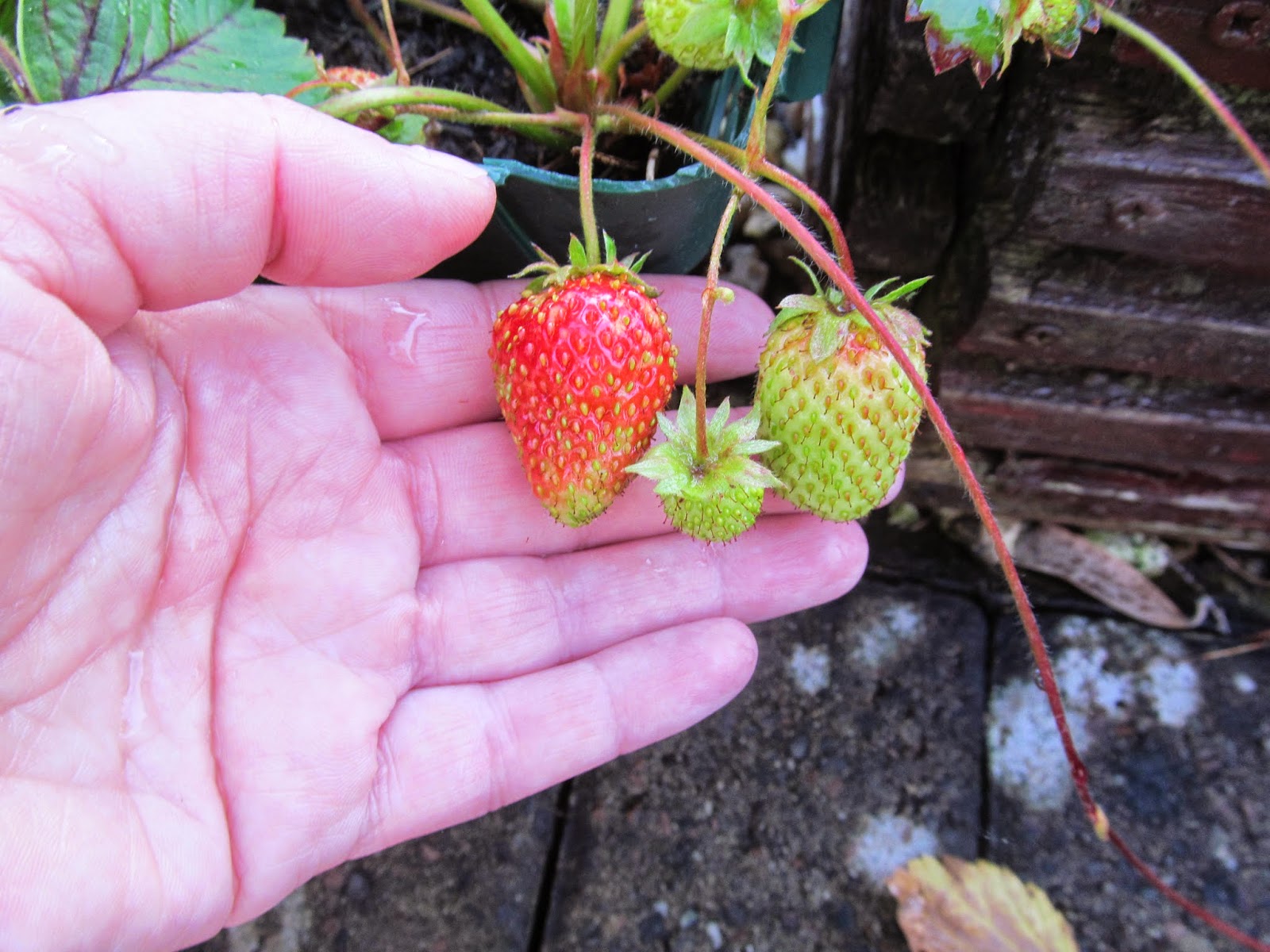 My wee garden of pots, planters and raised beds is starting to produce edible stuff.  I've been picking baby spinach and beetroot leaves for my salad lunches.  My strawberries are nearly ready for picking.  I just hope the birds don't discover them! 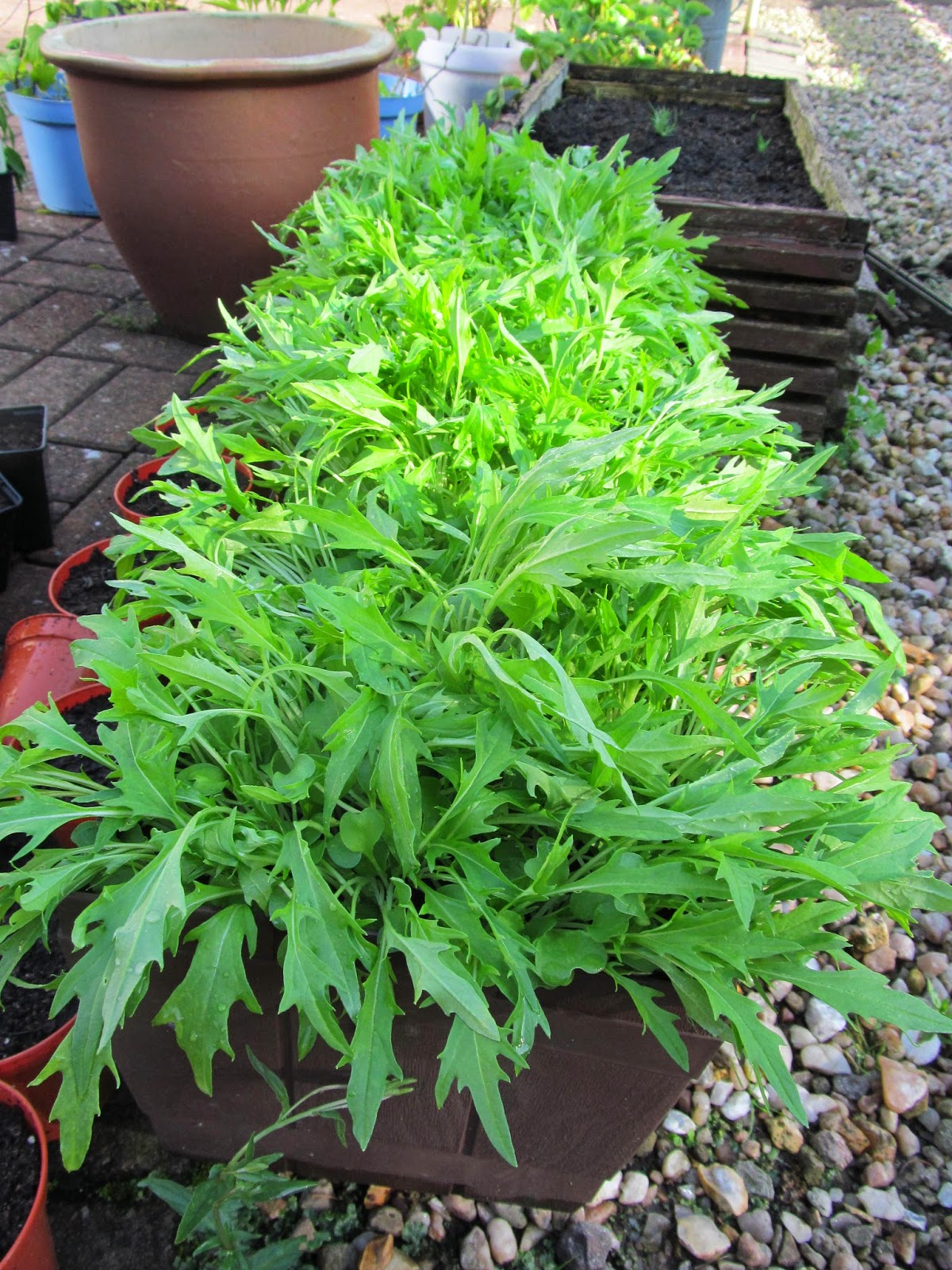 The mizuno is growing well.  I thought it might taste peppery but it's rather bland. 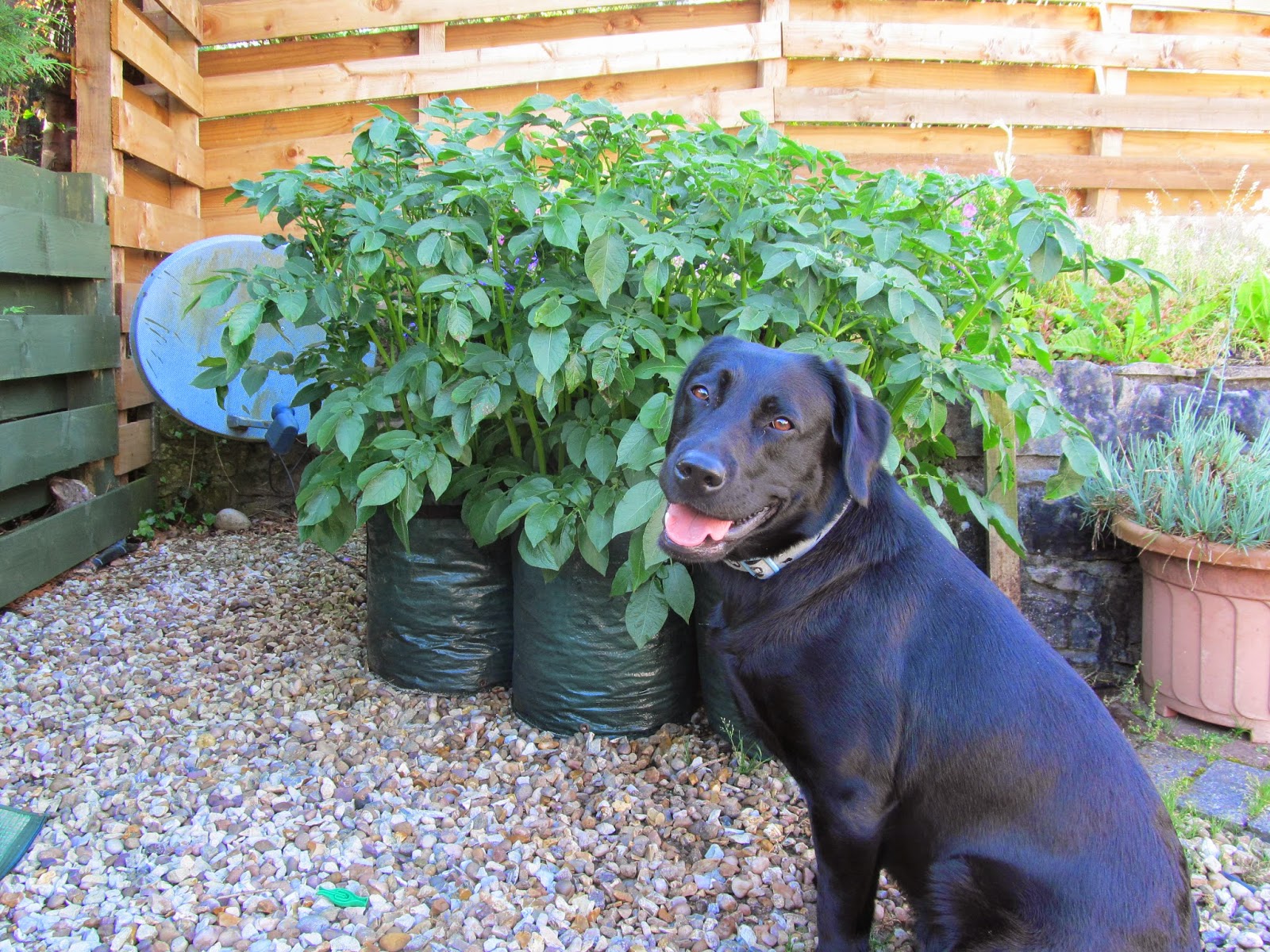 Potatoes in the bags are growing well, they're just about to start flowering. 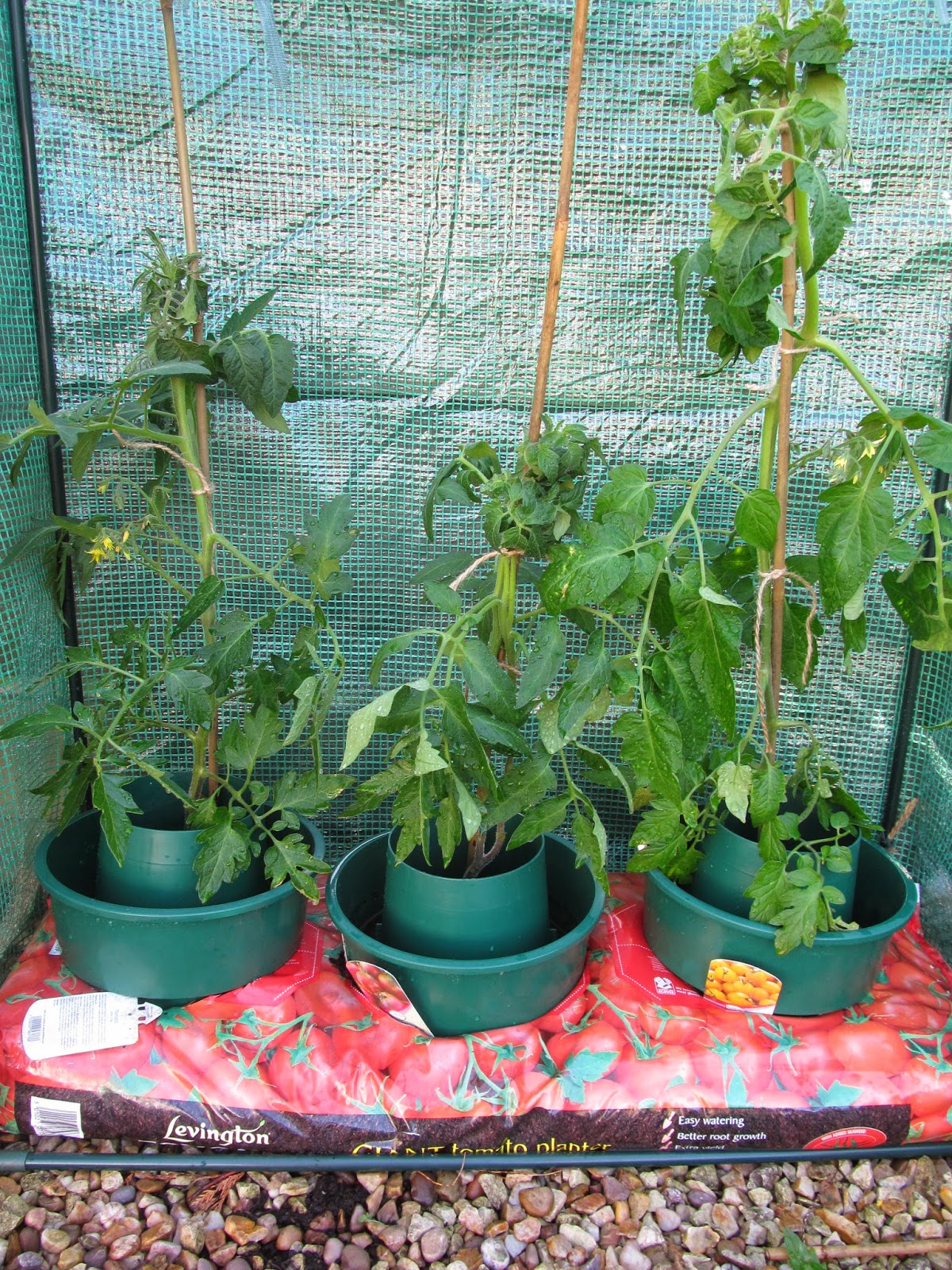 And my tomatoes are well, a bit wilted looking in the heat!  I gave them some TLC tonight so hopefully they'll perk up a bit.  Lots of flowers on 2 of them, none on the black one in the middle as yet.

On the allotment front I've paid for my plot so just waiting for the key next.  I can climb over the gate if I want though!! Time is running out to get much planted now but I'll spend the summer clearing and prepping it for winter veg.

Growing my own veg this year isn't going to help much with the cashflow but it's hugely satisfying and I'm building towards being self sufficient-ish in veg.  I'm also working on a chicken plan ;-)
Posted by Ali at 19:26 No comments:

Mad race to the end of term! 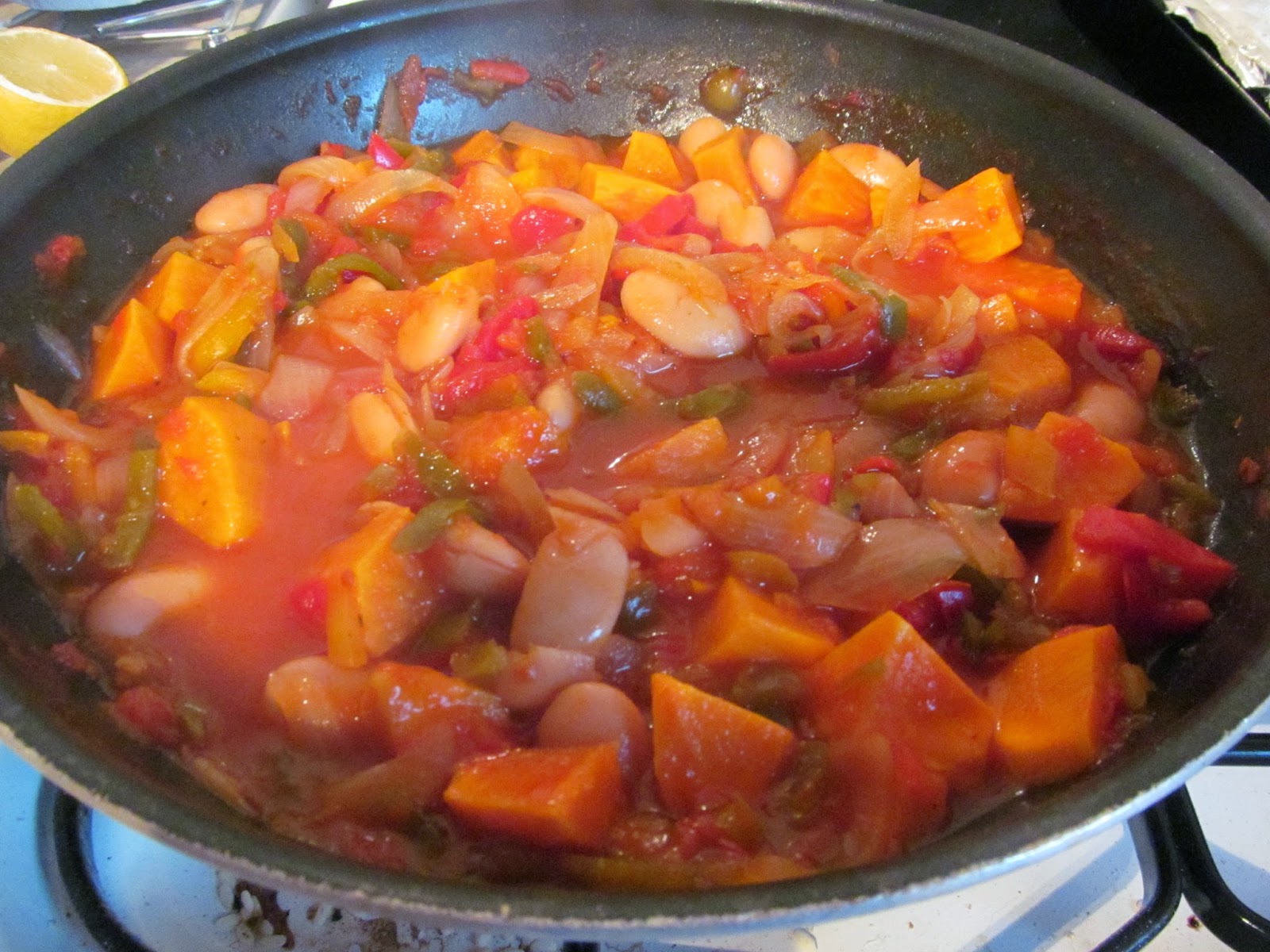 There are only 11 and a half teaching days left of term! Eeeeek! There's so much I need to get done and I still don't know if I have a job after the summer.  I've applied for a couple of posts but only 1 of them is permanent.  Permanent full time posts are rare and competition is stiff.  If I even get an interview I'll be rather chuffed!  Speaking of chuffed, I was very pleased to find out today that the recent national assessment results of the kids in my wee class were rather good.  In fact, they're ABOVE THE NATIONAL AVERAGE!!!! :-) I think I must doing something right!

On the frugal front I cooked up a big batch of veggie stew with butter beans using up what was leftover or lurking in the fridge, freezer and cupboard.  I've taken this for lunch in school every day this week.  Tis rather yummy!! 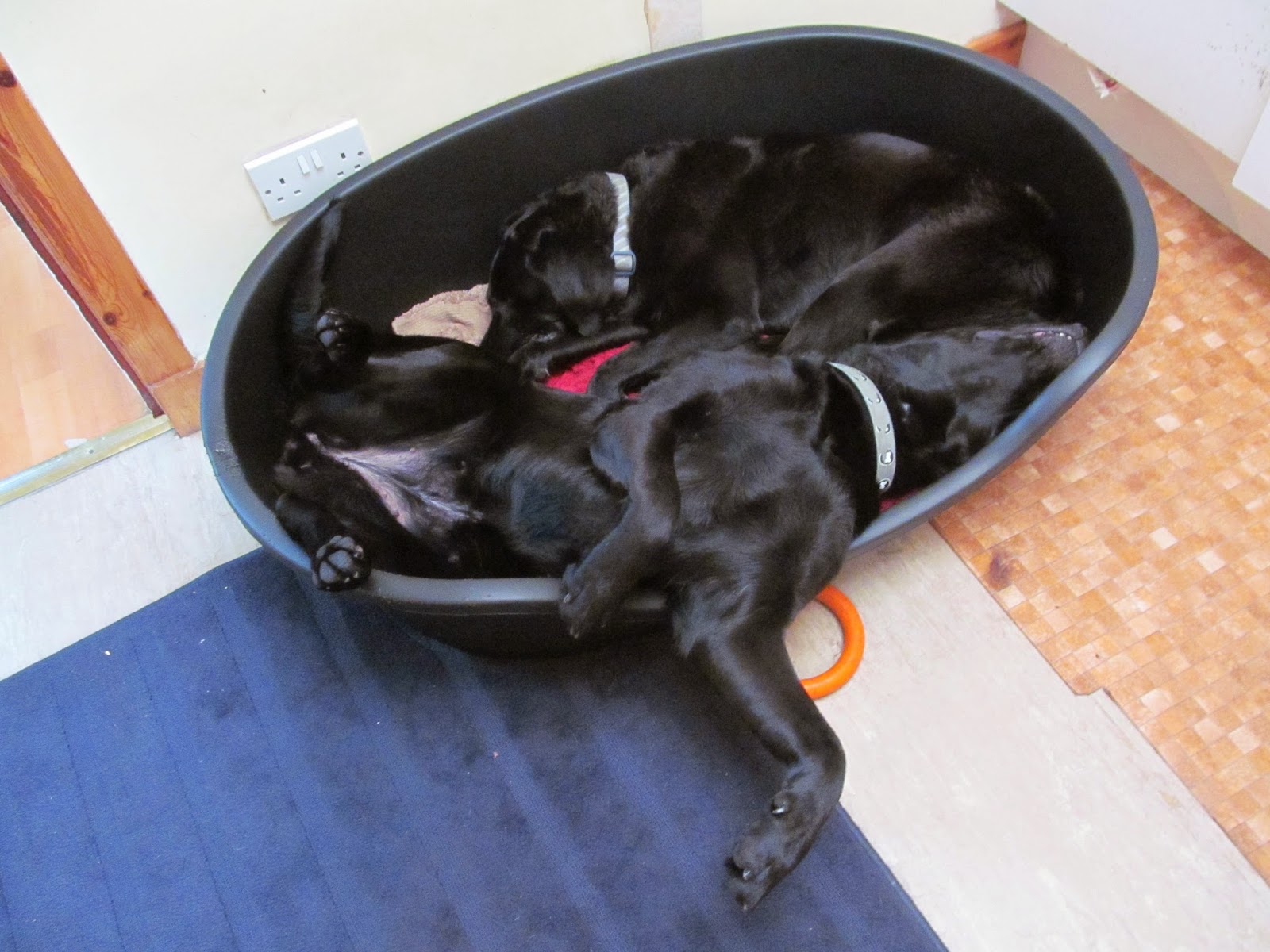 And a typical pic of my girls, fast asleep in their bed after a hard day! Lol!! That's Emma upside down and snoring :-)
Posted by Ali at 19:10 No comments:

And so it begins 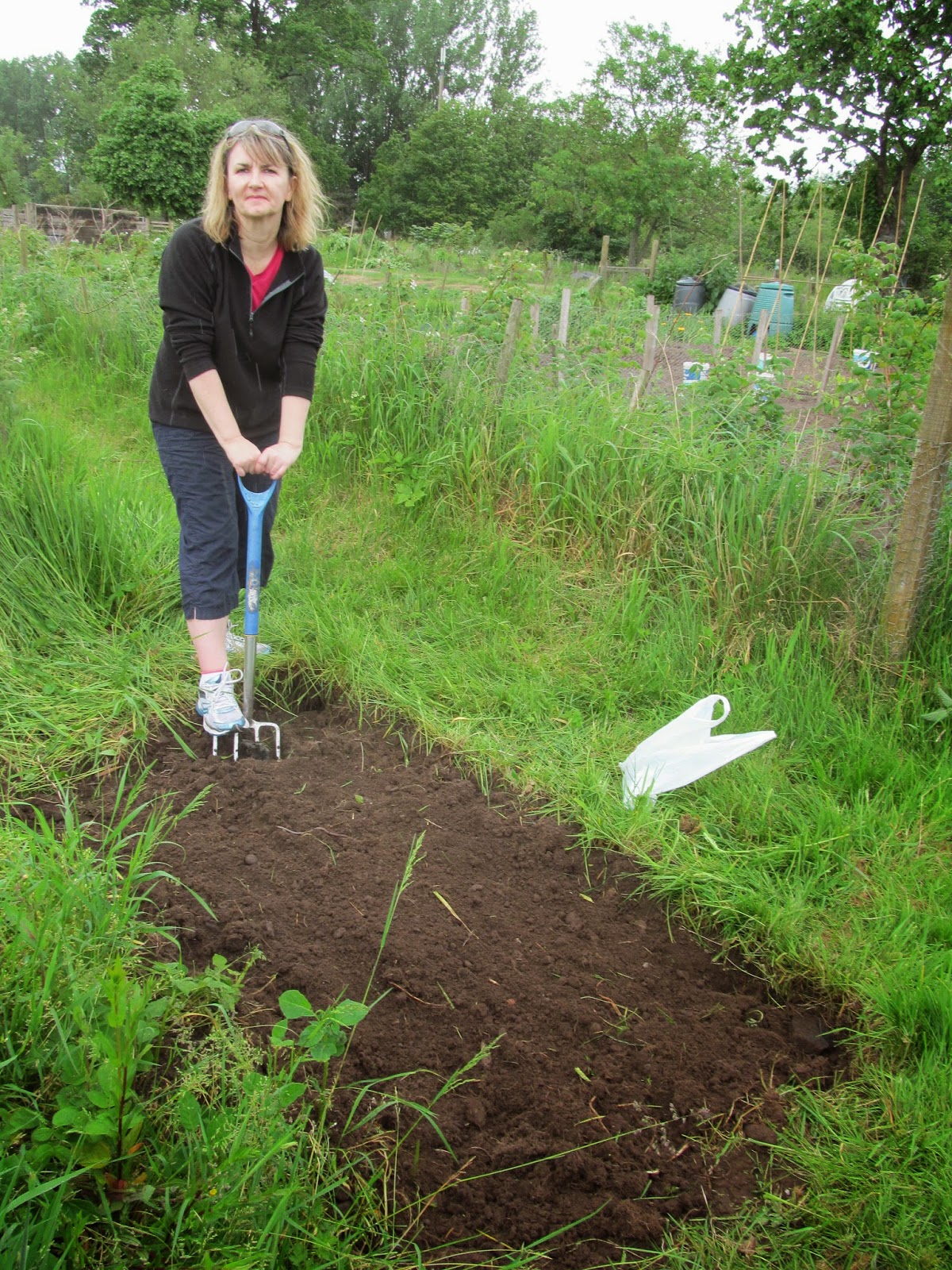 The first digging on my allotment :-) 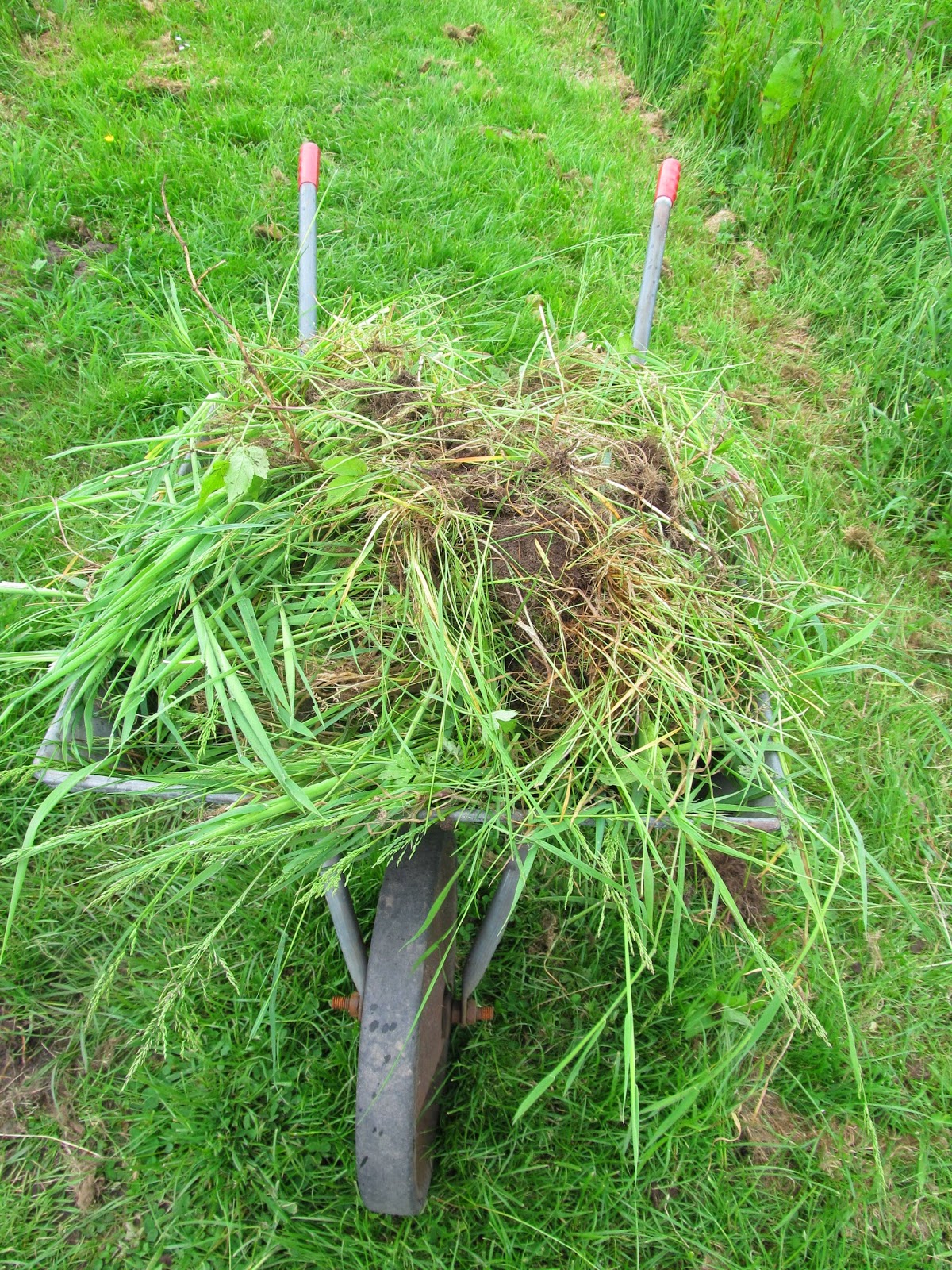 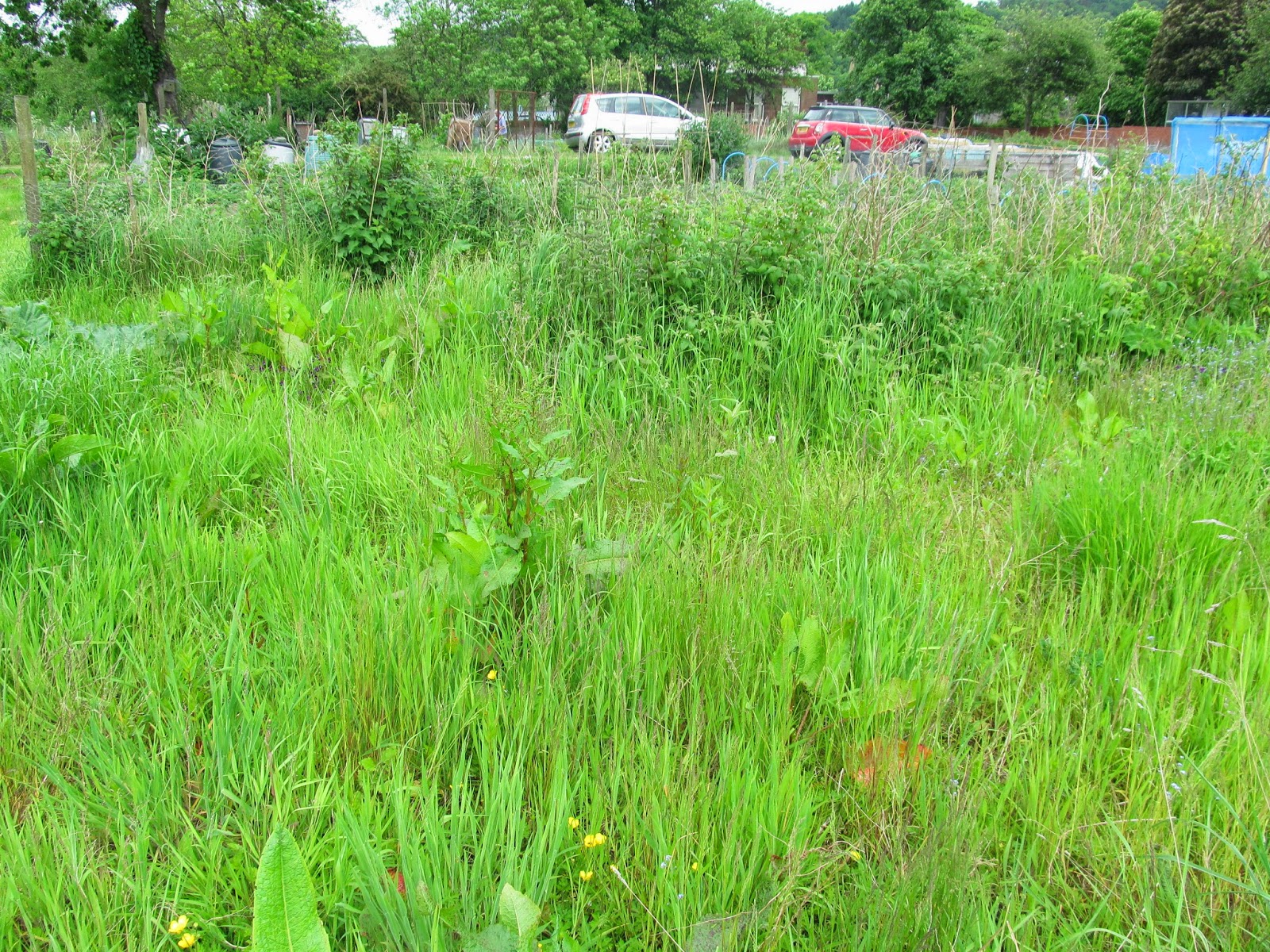 As expected the weeds have had a field day.  Mum reckons it's been more than a year since the plot was last worked.  No problem, I'm just going to take my time and dig a little each time I go.  My immediate plans are to put in potatoes, leeks, onions and courgettes.  I have some sweetcorn but not too sure if they're hardy enough for our damp climate.  A neighbouring plot has some but theirs are much bigger than mine.  I'm going to put in a bench so I can sit down and have breaks/lunch.  There are no sheds on the site so I'll need to take my tools with me each time or invest in some sort of low level locker with a padlock.

Everyone there was friendly with a few coming over to introduce themselves and wish me well.  I think I'm going to enjoy it there :-)
Posted by Ali at 16:58 3 comments: